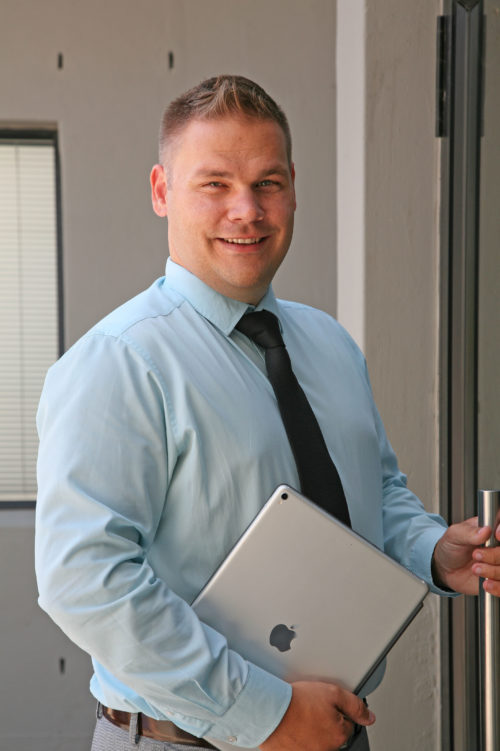 Nelius graduated from the University of Stellenbosch with a BComm(Management Accounting) degree in 2007 and thereafter joined Boland College, Stellenbosch, as a lecturer from January 2008. During this time he lectured students in fields of Computerised Financial Systems, Computer Practice and Accounting. He quickly proved himself as an adept lecturer and attained a 95%+ pass rate with his students. He was also appointed by the Department of Education as Marker for the subject Computerised Financial Systems N6 and held this appointment from 2008 to 2013.

Nelius joined the team at JN Chartered Accountants during January 2009 and completed his training contract successfully during 2011. He proved to be very skilled and was asked to join the management team during 2011. He wrote the Professional Evaluation Exam of the South African institute for Professional Accountants (SAIPA) end 2011 and attained a first time pass, qualifying him as a Professional Accountant (SA).  Nelius furthermore qualified as a Professional Tax Practitioner (SA) through the Centre of Tax Excellence during October 2013 and has built up an impressive record of successful tax dispute resolution for clients. He furthermore obtained a Post-Graduate Diploma in Accounting Sciences through the University of South Africa during 2014 and also obtained a Post-Graduate Diploma in Applied Accounting Sciences through the University of South Africa during 2015 with excellent academic performance, resulting in him placing within the top 20 students in South Africa.  Truly remarkable, since more than 2 000 students enrolled for this qualification in 2015.

Currently Nelius is studying towards a Master of Laws Degree (LLM) through the University of South Africa with a specific focus on tax laws.  All his coursework modules were completed during 2018 and 2019 with excellent academic results and he is currently working on his thesis.

As an Associate at JN Chartered Accountants, he believes in maintaining high standards as well as the achievement of absolute excellence regardless of the task at hand.

When not at work, Nelius enjoys spending time with his family, making music and singing. He also assists non-profit organisations with accounting and tax compliance. Besides becoming a Chartered Accountant (SA), his greatest achievement thus far is being a father to a beautiful little girl.  He is known for being supportive, caring and always going the extra mile.